Avengers: Infinity War is a movie

You know how there’s the Apocrypha? I mean, have you heard of that? Do you, like, even know what I’m talking about? END_OF_DOCUMENT_TOKEN_TO_BE_REPLACED

This past September I attended a work conference held at the Disneyland Hotel Conference Center. During the stay, I visited a Disney park for the first time in my life. It was great. END_OF_DOCUMENT_TOKEN_TO_BE_REPLACED

OKLAHOMA CITY – Cary, Brazle, and I watched the new Mission Impossible movie Friday. Though it has some elements that I find distasteful, it also has some amazing sequences that more than make up for it. I give it a 7/10 and recommend it.

END_OF_DOCUMENT_TOKEN_TO_BE_REPLACED

The Incredibles 2 is a motion picture.

OKLAHOMA CITY – I recently went to see The Incredibles 2 with my buddy Cary. It is unnecessary. And a little boring. And kinda bad.

“But Grant, I thought it was amazing! How can u possibly say it isn’t amazing to (sic) LOL!!~!”

END_OF_DOCUMENT_TOKEN_TO_BE_REPLACED

Celtic crosses like this one dot the Irish and British landscape and serve as a reminder of the antiquity of Christianity on the islands.

I recently read The Children of the New Forest by Frederick Marryat. It is a very nice piece of literature.

Set during the English Civil War (mid-17th century), the events unfold amidst the conflict between the Royalist Cavaliers and the Parliamentarian Roundheads. No, LeBron James doesn’t make an appearance for the Cavaliers. He was not alive in the 17th-century.  END_OF_DOCUMENT_TOKEN_TO_BE_REPLACED

L’UNIVERSO – The fun word today is intaglio. I came across it in a book called Prince of Foxes by Samuel Shellabarger. PoF is a rather obscure historical fiction novel that’s somewhat in the vein of works by Rafael Sabatini or CS Forester. Scaramouche and Beat to Quarters come to mind.

Published in 1947, the book tells the story of the major life adventure of a man by the name of Andrea Orsini. It is set in the late 15th- and early 16th-century around the time of Cesare Borgia’s conquest of Romagna, and it features lots of interesting incidental elements that were a part of life five hundred years ago.

Set in Italy, it also has lots of unique Italian elements. When it comes to historical fiction, I normally end up reading books set in England or the Americas, so the Italian flavor was refreshing and sometimes fairly bewildering. I found myself looking up words just to make sure I knew what was going on.

It is just such a baffling word that I have chosen to highlight: intaglio. I found it in the following passage from page 71 of the Avon Books paperback edition (published in 1973):

Orsini, turning away, applied several drops of essence to his hair. Then, deciding for Saint George, he pinned the medal on his cap and slipped a couple of rings on his fingers, including a large intaglio for the thumb with the Orsini arms.

So, remember how I just said PoF has an Italian flavor? Well, this word actually just IS a full-fledged Italian language word that’s been adopted into English. According to Google Translate, intaglio as used in Italian would be the same as a carving (n) in English. However, the English word intaglio has a slightly more specific meaning.

My little red Webster’s II dictionary says that an intaglio is “an engraved figure or design depressed below the surface of a hard metal or stone.”

So, having that specific definition in mind, it becomes apparent that Orsini slipped on a thumb ring that featured a depressed engraving of the Orsini arms. Can you picture it? It would be something like this:

This is an intaglio ring.

So yeah, that’s a quick overview of intaglio. However, here’s the Oxford English Dictionary page for the word in case you’re craving even more lexiconical knowledge:

One very interesting thing the OED shows is the contrast between an intaglio and a cameo. A cameo apparently features a design engraved in relief (meaning it rises from a flat background) versus a depressed design as found in an intaglio. Cool stuff! Here’s a cameo ring for comparison:

This is a cameo ring.

In the end, this isn’t a word that’s likely to find much application, but at least we can all know what it means if we ever happen to come across it in the future. RANDOM IMPORTANT NOTE: in Italian, the “g” in the word is silent.

Okay, that’s it for intaglio! Please leave a comment using this great word!!

He had been preacher to the royal beefeaters, curator of theological manuscripts in the Ecclesiastical Courts, chaplain to the Queens’ yeomanry guard, and almoner to his Royal Highness the Prince of Rappe-Blankenberg.

I love Trollope’s vocabulary! It should be noted that the “royal beefeaters” were a part of the Yeoman’s Guard Extraordinary, so Dr. Proudie (the person about whom this sentence is) was a spiritual leader for two different sets of yeomanry. Also, I love that Dr. Proudie is described as both a preacher and a chaplain; I’m not entirely sure what the distinction is, but it certainly makes him sound impressive.

And so that brings us to the word of the day, almoner. So, what the heck is an almoner?? It is apparently rare enough to not be in my little red Webster’s II dictionary. So, looking online….according to Mirriam-Webster, an almoner is:

1: one who distributes alms
2British: a social-service worker in a hospital

I’m not sure which usage is correct in this case seeing as how this book is thoroughly British and both seem like they could be correct. I wonder if the Oxford English Dictionary could offer some perspective. Here’s the definition as found in the OED:

Aha! This definitely sheds some light on the situation. According to the first definition of the word, almoner can simply be the name of a functionary in a religious house like that of a “bishop, prince, or other person of rank.” This seems to be the sense in which the word is used by Trollope; Dr. Proudie was the almoner “to his Royal Highness the Prince of Rappe-Blankenberg.”

It seems like he might’ve had some role in dispensing alms, but it sounds more like he was a figurehead, just someone holding down one of the MANY positions available to the clergy in the Church of England.

Anyway, that is a lot of information about the word almoner. This doesn’t seem like a word that will be coming back into widespread use anytime soon especially since alms-giving isn’t really a thing anymore. But that doesn’t mean we shouldn’t do….

COMMENT TIME WOO HOO: Before you go, please use the word almoner in the comments below! Have fun!

THIS SPACETIME CONTINUUM – Happy New Year! It’s 2018, and it seems like the perfect time to start a new running feature: fun words!

I have been keeping a list of rare, obscure, and archaic words that I come across as I read (the list is up to perhaps 200-300 words), and it seems like it would be great to share some of these with everybody.

So, without further ado, the first fun word!

He did go to Judea, but being unable to convert the Jews, was converted by them. He again wrote home, to say that Moses was the only giver of perfect laws to the world, that the coming of the true Messiah was at hand, that great things were doing in Palestine, and that he had met one of the family of Sidonia, a most remarkable man, who was now on his way to western Europe, and whom he had induced to deviate from his route with the object of calling at the Stanhope villa. Ethelbert then expressed his hope that his mother and sisters would listen to this wonderful prophet. His father he know could not do so from pecuniary considerations.

In this passage, Ethelbert, the son of a Christian churchman, goes to Palestine to convert the Jews to Christianity, but, being highly impressionable, gets reverse converted. He hopes that his family will convert to Judaism but, not being a total imbecile, knows that it is unrealistic to expect his father to make the change from “pecuniary considerations.”

So, what does pecuniary mean? According to my red Webster’s II New Riverside Dictionary © 1984 it means “of, consisting of, or pertaining to money.”

Knowing that, it funny to see how even this young man, though driven from this important foundational belief to that by his strong emotions and passions, still recognizes sober facts of the world, like how it is unrealistic to expect his father to discard his Christianity for pecuniary, or financial, reasons ie the Church of England is signing his paychecks.

NOTE: I never wrote a review of Barchester Towers, so I want to use this space to say that I found it to be a dense work, highly tied to its time, and written with advanced English (three things that might drive away potential readers); on the other hand, it is tremendously funny and satisfying. I recommend it.

Real Life Application: Next time you’re going in to ask for a raise, try broaching the subject by telling your boss you’d like to discuss some pecuniary matters. It will surely get you started off on the right foot! 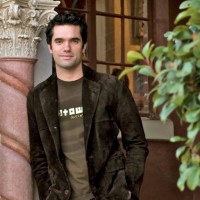